“Fathers, be good to your daughters. Daughters will love like you do.” – John Mayer – Daughters 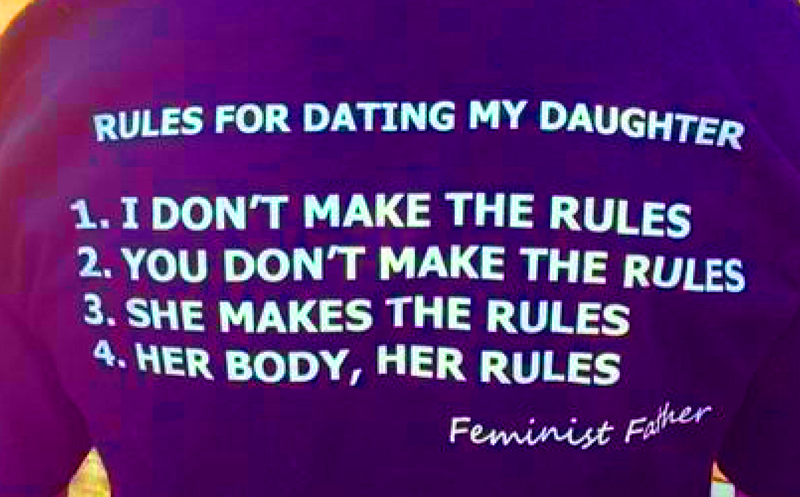 As a girl who grew up with two fantastic fathers (one “biological father” and one “stepfather”), I know like no other, how important father figures can be in a person’s life. In my case, thankfully, both my fathers were involved with my upbringing, even though there were significant differences in their approaches to their fatherly care. Surely a comparison between their roles in my life could never do either of them justice. Regardless, it is clear as day to me, that their differential involvement with my upbringing affected their respective wellbeing and happiness more than generally acknowledged. Fathers want to care for, and spend time with their children. Just as children want be cared for, not only by their mothers, but also by their fathers.

The reality is however that society has long undervalued the importance of fathers in parental care. In other words, the equation of womanhood with motherhood does not only limit women’s options in lives, but that of men too. One problem is that many feminists have in their struggle trivialized men’s issues. And let’s be honest. Women have experienced patriarchy in many, many, many ways in which men have not – which deserves to be addressed. Yet at the same time, ideals of masculinity resulting from patriarchy have also put a burden on men. Men are expected to be able to provide, to be emotionally strong at all times, to not have certain interests (fashion, cooking, dancing) and importantly: to not “care” so much for the involvement with their children. This urgently needs to change.

Luckily, slowly things are started to be done to redefine masculinity and fatherhood. One fantastic initiative is for example that of MenCare, a global campaign to promote men and boys’ involvement as equitable, non-violent caregivers. Together with organizations such as Promundo and Sonke Gender Justice, Rutgers, Save the Children and the MenEngage Alliance, they have issued the first “State of the World’s Fathers Report”. Interestingly, it brings together findings of research done across the globe, along with program and policy examples related to men’s participation in caregiving. It covers topics such as sexual and reproductive health and rights, maternal health care, child care and child development, violence and violence prevention.

Here are some of the major findings resulting from the report:

The report importantly also suggests a set of recommendations for stimulating a greater involvement of fathers in the caretaking of children. These include:

These insights and recommendations provide for a useful starting point to start our journey together with our fathers within the feminist movement. At CSR, we look forward to taking some of the recommendations forward as the involvement of men and boys has always been a priority to us. For now, we commend all the care providing fathers out there and wish them a happy Father’s day coming Sunday.

Ex-Nichlagarh Sarpanch and a role model of Sirohi: Sharmi Bai