As a popular dialogue from the movie Bend it Like Beckham reminds us, “Don’t smile, Indian brides never smile”. The Indian bride looks at her ostentatious wedding arrangements from under her ghoonghat. She observes the people dancing and enjoying her wedding feast. She poses for the wedding album, her expressions guided by the camera person. But never does she give in to her desire of demonstrating her happiness on her face. And not without reason. 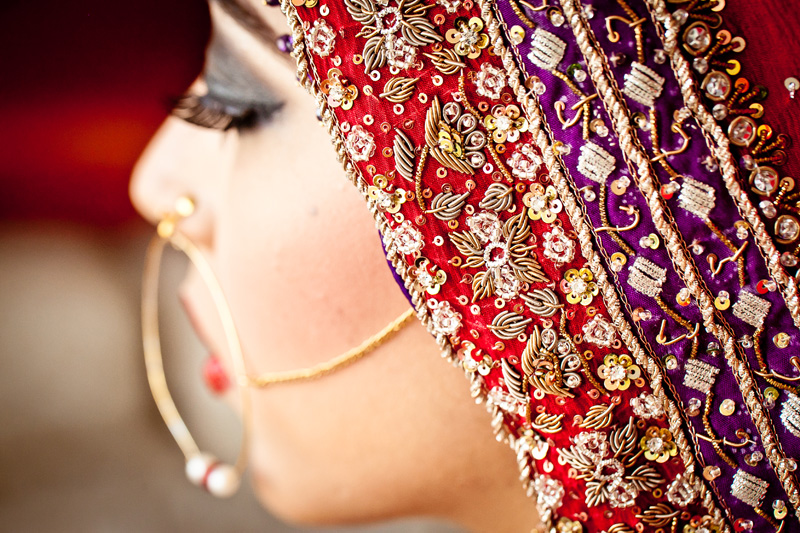 For most Indian brides, marriage is a ritual ceremony for entering into an arrangement of lack of agency. The Indian bride is the perfect domestic worker, draped in family honour. Belabouring for unpaid housework, the Indian bahu, marches on as the silent foot soldier safeguarding and protecting the honour of the family. If she fails to perform her marital duties, she is sure to be set right through physical or verbal abuse. The Indian society treats it as the rightful duty of a wife to produce a male heir. Not only do these women not have the right to plan their own pregnancy, they have lack of control over its termination if it’s a girl.

It has been shown that an incident of domestic violence is reported once every five minutes in India. By virtue of being in the ‘private’ realm, women are treated as markers of the family honour and governed by the norms of the biradiri, or community. The home space remains hidden from the prying eyes of law. Domestic violence often goes unnoticed, unreported or open to mutual reconciliation. More often than not, women choose not to report domestic violence for the fear of retribution to the children. Or, they do not report simply to protect their husband, the breadwinner of the family, in order to safeguard the family against any loss of family income. Whenever women do come forward to complain, they are accused of making false complaints or of being insane. As a social norm, violence is acceptable as a corrective mechanism against erring women.

It is customary for fathers and brothers to chide the women of the family for showing lack of respect for the caste or community codes. It is in the family where women first learn to accept and even appreciate violence against them. Domestic violence acts as a retribution for lack of compliance with the gendered and community norms. The social and literary images of motherhood which inspire nurturance, sacrifice and chastity, are imposed upon women in India across all caste and community. Upper caste women have the responsibility of maintaining dress codes, bodily markers and behavioural mannerisms which uphold purity. While the lower caste women bear the burden of performing underpaid impure labour outside and unpaid domestic labour inside the house.

There is a very clear line of division between the forms of violence against women which evoke social angst and the ones which don’t. The magnitude of violence, the perpetrator of violence and the ‘character’ of a woman become the barometer for judging whether violence is justified. Extremely graphic violence like gang rape or similar violence by outsider men over a woman of seemingly good character stands unjustified in the eyes of the Indian civil society. While domestic violence which is more rampant, invisibalized and widespread is hardly condemned and seldom punished. The wedding songs grow louder, the dowry more expensive and the celebrations grander by the years, but the Indian bride shall never smile.

Abhiruchi Ranjan is a PhD Research Scholar at the Centre for Political Studies in Jawaharlal Nehru University. She is currently working on the issue of caste discrimination.