A girl from Uttar Pradesh called me on my phone because I work for Centre for Social Research. She got my number from a senior colleague who is based in Uttar Pradesh. She wanted to contribute in making grass roots change in the light of the 3 year old’s rape in Aligarh. She told me on the phone, ‘I am tired of people making a noise and saying things that will change nothing for the society, let alone the victim’s family.’ I could sense her restlessness on the phone. She had made a video talking about how she felt in this situation. ‘We want to hang the culprits because it will calm our rage. There is no inherent justice to the victim’s family.’ When she WhatsApped me her video, she wrote, ‘Please support my voice by joining yours to it.’ You can watch her video here – ( https://youtu.be/jUiWuTZfIaU ) 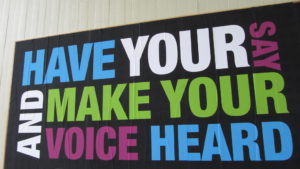 The Kathua rape victim, Nirbhaya and the three year old girl in Aligarh, have generated mass unrest. That is for sure. But it is also heartbreaking that in the spectrum of gender based crimes, it lowers the threshold of humanity and raises high the benchmark that decides what is brutal. (Is rape gruesome enough? Is abuse abusive enough? How brutal a rape has to be to announce a death sentence for the rapist?) Many gender based crimes are not reported and brushed off under the carpet.

While we are flabbergasted about such brutality, let’s also remind ourselves of the gender vulnerabilities in our country that are compounded and created by other social realities (There is certainly a communal angle that has been created politically. Some social media content has also given it a tinge of nationalism). About the psyche that commits such brutal acts itself, it is beyond our collective comprehension to understand the ‘Why’ of it. While he three year old’s family grieves in Aligarh, let us decide that we will watch over ALL social acts of gender based crimes and its legal recourse. We will find misogyny in its most warped form -both within the legal systems and in the minds of society.

We have to think about individual violations in the context of broader spectrum of socio-cultural and political happenings. We need to generate and demand better quality discourse that will compel the mainstream media to raise their standards in the way they choose issues and present them to us. This in turn, will encourage pressure groups (like you, me and us) to amplify our initiatives and demand not only justice but also mitigation of crimes against women.

Let us not again be in a situation where we are pulling out old cases of victims (who by now and with the virtue of Fast Track Courts should have got justice and by civil movement, the society should have been reformed.)

Finally, lets raise our voices in unison, not chaos.