The ‘Group of Seven’ (G7) constitutes seven most advanced countries in the world. They represent 64 percent of the world’s wealth, 46 percent of global Gross Domestic Product and 32 percent of world’s purchasing power. These are the countries that ‘Have It’, ‘Make It’ and ‘Buy It’. On 16th June 2017, G7 Summit shall be held in Taormina Town (Sicily, Italy). The function of G7 and its summits are to boost global macroeconomics initiatives, fine-tune short term global economic policies, monitor developments in the world economy and assess global policies. 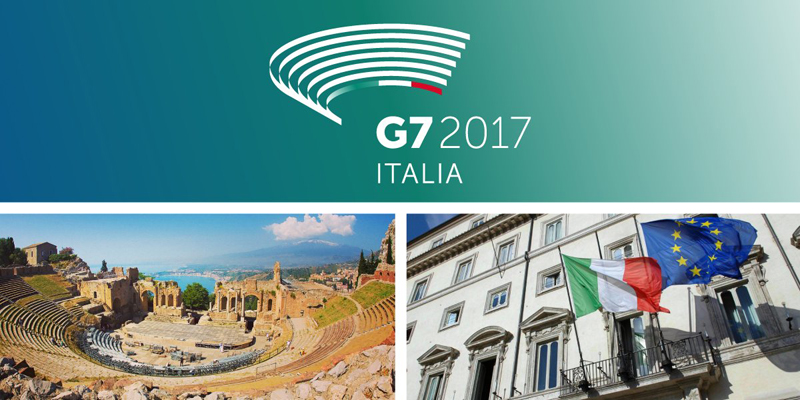 The G7 countries – Canada, France, Germany, Italy, Japan, United States and the United Kingdom are geographically placed in such a way that they cover most of the North West and a bit of North East Hemisphere of the Earth. When one-fourth of the world (literally) is trying to uplift the remaining three-fourths (again, literally); you need other countries to become strong allies.

BuzzFeed News in its article dated 26th May 2017, quoted American Diplomats who surmise that the gender equality in the G7 summit agenda is spearheaded by Ivanka Trump. The G7 Summit leaders may not take action-oriented steps towards implementing gender equality as a human right but limit that after citing it as a ‘top priority’. The American Diplomats have also stated the possibility that President Trump may bring focus on creating a gender responsive economic environment at the Summit.

It is disheartening to note that gender equality has taken the form of tokenism. President Trump recently revoked an Executive Order that was issued by the erstwhile President Barrack Obama, ‘Fair Pay and Safe Workplaces’. Owing to the fact that the Order has been revoked, corporate companies in America will find not only it easier to mask gender discrimination at workplace but also carry on lopsided recruitment and promotion of work force that is unfair to women. As if to verify the horror, Google has faced a lawsuit by the Department of Labor on the grounds of gender discrimination and not maintaining transparency as a Federal Contractor.

I once watched a stand-up comedian talk about gender equality and how men react to it as if water is rushing up to their neck. It is funny when you think that gender equality imbalances the ground rather than making it even. Men are hardwired to see water flow down rather than flow parallel. The stand-up comedian also mentioned how men have a tendency to treat gender equality as something women have brought to their notice and something that the men ought to do about it, “Thank you ladies for bringing it to our notice. We will take it from here. You can relax.”

On one hand, there is a note of optimism that gender equality will be spoken in an economic summit and on the other hand there is a de-motivating possibility that it will be treated like the Champagne glass of toast at a party.

Combat Roles For Women In The Army